Music City. A musician has to go to Nashville. I am a musician, so you can see where I’m going with this. I also happen to have an old friend from school that lives there, which made things easier.

It was about time to meet up with him, and what better time than on my North America trip? The whole trip turned out different than how I had planned in my head at first. I planned to have a lot more stops and see even more. I ended up going to four cities: one in Canada, two in the US and one in Mexico. I new that North America was big, but it struck me for real when I finally arrived.

Having a “fika” with my old buddy Joshua, my final evening in Nashville

I had to cut the trip short. Or not really short, I had to rethink my route. I’ll get back to that later on because this one is about Nashville. The hostel I stayed at in Nashville is basically right in the middle of everything, only a few hundred meters from the main strip, which is also called Broadway. So I lived in downtown Nashville at a hostel called… Nashville Downtown Hostel. A pretty big place and perfect for travellers and backpackers, or if you are in town briefly looking for a relatively cheap place to crash.

I stayed in an 8-bed dorm, with room number 409 called Elvis Presley. I shared the dorm with a curious dude from Jerusalem looking for work in the States, a real estate broker from San Diego, who also plays music and happened to be a dancer, plus a bunch of random snorers. The room was fine, and you are basically never there anyway because you are busy checking out town. All you do when you get back late is go to bed, trying not to wake anybody up. 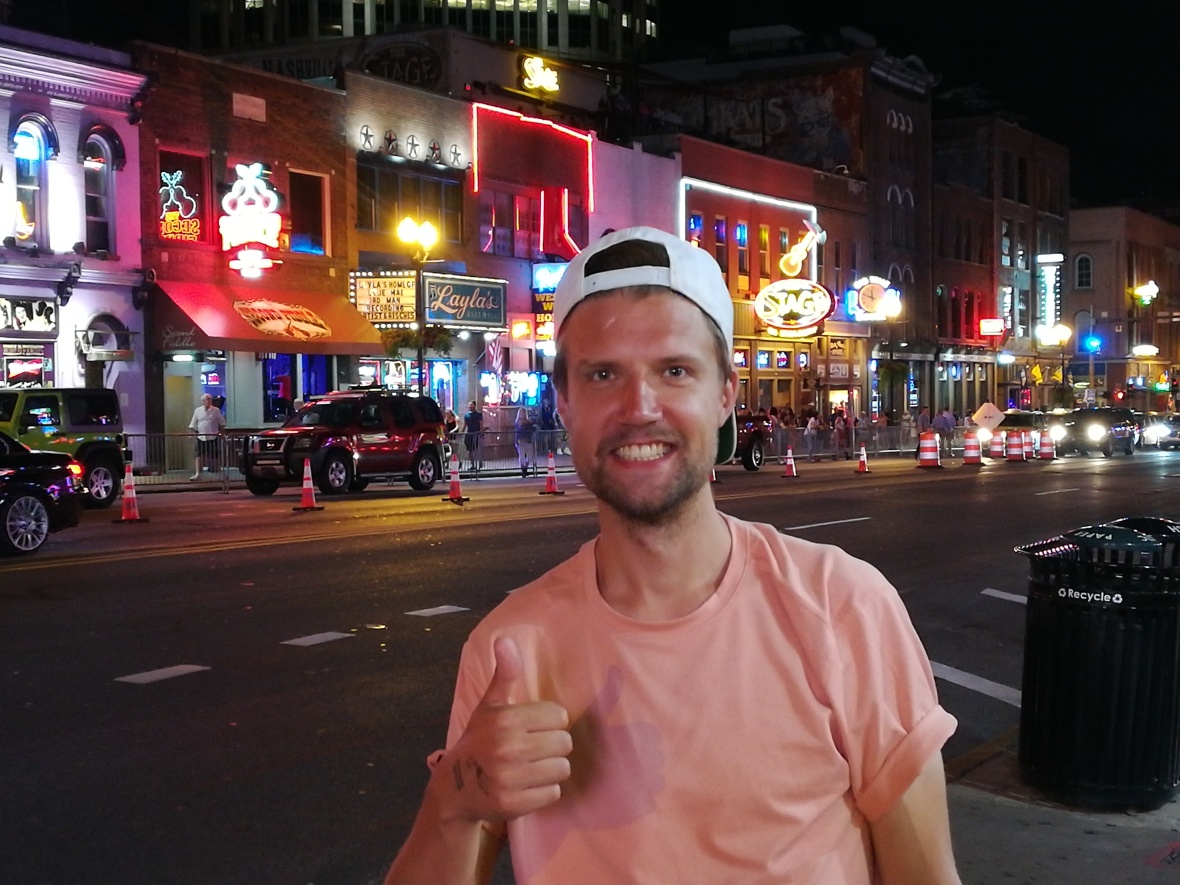 All in all a good hostel and it felt safe staying there. But, I just can’t get around the stupidity of not having shelves or hooks in the bathroom/showers. What are you guys thinking? They didn’t offer any breakfast either, which, for such a big place you perhaps would take for granted. For breakfast I went to a café just up Church Street called Dunn Brothers Coffee. They had pretty good stuff. I would have a brewed coffee with milk and some kind of egg sandwich. And if it were a good day I would maybe get a muffin as well for my coffee. Everyday seemed to be a good day.

The cool thing with Nashville is that you hear music playing all over the place. Walk down Broadway and you’ll hear a new band in every bar!