How do you take a picture of something you want? And how do you make it look good on picture? That was one of the past few days’ photo challenges. The others were “Your shoes” and “In my bag”. They were simpler, and after all, these are “The Sempill Things”.

Coming back to the “Something you want” challenge, how do you pick just one thing? It was difficult so I went for a walk in my area and walked past a boat storage. There were only a few boats there and most of them were looking quite run down, as if they hadn’t been in water for a long time. Anyway, apart from looking like the crime scene from an episode of “Magnum, P.I.” or “Murder, She Wrote”, I thought it would pass for the challenge. Who doesn’t want their own boat? I would love my own boat as long as I’m not paying for any of it. 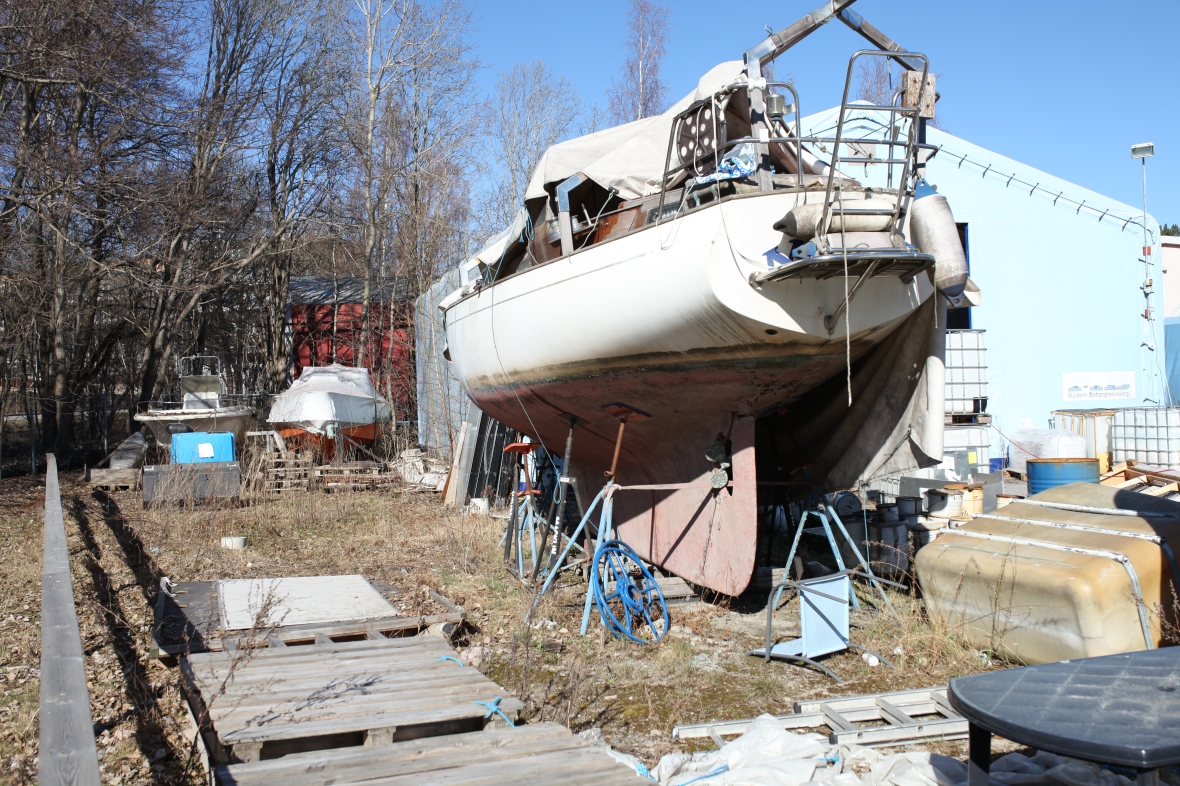 What I really want is an Aston Martin Vanquish S. I’m just waiting for Aston Martin to figure out that they need to give me one. However, I just can’t understand how such an amazing looking car still has such an ugly steering wheel. What’s going on?

As for “In my bag”, it depends what day it is and what “Imma” be up to. This time I had a scarf in my bag because even though we are blessed with amazing spring weather (unusually hot for this time of year), it can get kind of chilly in the mornings and evenings. I also had earphones and my laptop. I think the picture turned out cooler than I expected. And taking a picture of my shoes wasn’t a hard task, but making the picture interesting was. I tried a few different angles and this is the one I (was) stuck with.

I’m more than halfway through my photo challenge now. Picking up more and more tricks along the way.

I also thought I would mention what happened on Friday. Avicii passed away. It’s tragic news and he was so young, only 28. He did revolutionize the music scene. I discovered him through the song “Levels”, it was played everywhere and all the time. Whenever I hear it I’m brought back to where I used to work at that time, at Volkswagen. It would have been 2011 – time flies! My favourite song of his is “Lonely together”, it has a musical tension in it which I really like.

Being a fan of dance music, and doing some producing myself (and being Swedish), his death hit home. My oldest sister texted me minutes after the news was out and it was a shocker. His loved ones are in my prayers.

Song of the day: Avicii – Lonely together